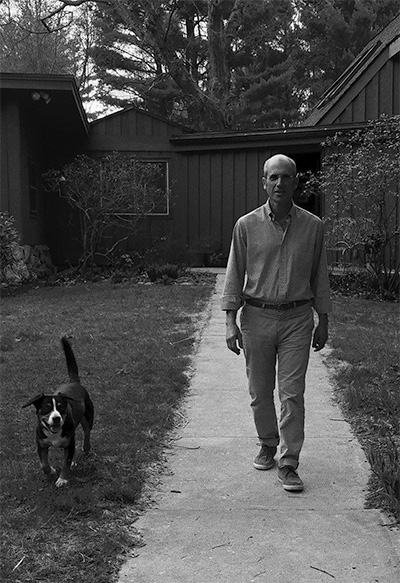 A seasoned writer of fiction and nonfiction, Alan Gelb has published novels with G.P. Putnam’s Sons, St. Martin’s Press, Dell, Avon, and more. In 2008, Ten Speed Press published his Conquering the College Admissions Essay in 10 Steps. Now in its second edition, this slim volume has taught thousands of students how to create a one-of-a-kind essay and is often ranked the #1 college essay book on Amazon. Additionally, Alan works with students all over the world to create these essays (http://conquerthecollegeessay.com)

Having the Last Say: Capturing Your Legacy in One Small Story builds on the work he has done with high school students to enable older people to engage in life review and create narratives that explore their values and beliefs.

For almost 30 years, Alan and his wife, Karen Levine, a journalist-turned-psychotherapist, have lived in the middle of 15 acres in Chatham, New York, a small, rural town located between Albany and The Berkshires. Alan is an avid gardener, feeder of birds, and spectator of wild turkeys and the occasional bear that visits the property. He is also the author of Most Likely to Succeed: Multiple Murder and the Elusive Search for Justice in an American Town (E.P. Dutton, 1990), which dealt with a quadruple homicide in Chatham. When they are not upstate, Alan and Karen are most often in Brooklyn, visiting their two grandchildren, Ruben and Nina, their grandchildren’s parents, Noah and WanYi, and their Uncle Nat and Aunt Molly.